“I’d like to thank Representatives Goodlatte, Welch, Womack and Costa – the Four Horsemen –  for introducing this bipartisan and common sense legislation to repeal the corn ethanol mandate under the RFS,” said NCC President Mike Brown, who participated in the press conference about the bill’s introduction.  “Since the RFS was enacted, chicken producers alone have incurred almost $50 billion in cumulative additional feed costs.  The RFS is a mess, and NCC will support measures such as this to fix it.”

If passed into law, the bill would eliminate the corn based ethanol mandate under the RFS, reduce the overall requirements of cellulosic ethanol not filled by advanced biofuels, and rescind the requirements to blend 15-percent ethanol into the fuel supply.

President Jimmy Carter and Congress first started subsidizing ethanol back in 1978, under the “infant industry” theory of economics.  That theory contends that certain industries need government support to get up and running on their own.

“That’s been the same argument used for ethanol ever since, whether it is for tax exemptions, tariffs, air emissions regulatory preferences or the RFS mandate,” Brown added.  “Representatives Goodlatte, Welch, Womack and Costa, and the cosponsors of this legislation, thank you for telling this 37 year-old ‘infant industry’ it’s time to get off of Uncle Sam’s couch and come out and compete on a level playing field.”

“And food versus fuel continues.  Last month’s crop report from the USDA – the World Agricultural Supply and Demand Estimates (WASDE) report – said the projection for ‘corn used to produce ethanol is raised 25 million bushels’ over previous estimates.  The reason?  Higher demand for gasoline means more mandatory use of ethanol blended into the fuel supply under the RFS.

“Despite record corn harvests, chicken producers are just one drought, flood or freeze away from having to face higher feed prices – and consumers facing even higher food prices – because of the amount of corn that is mandated to be used as fuel.

“It is time to fix this mess.” 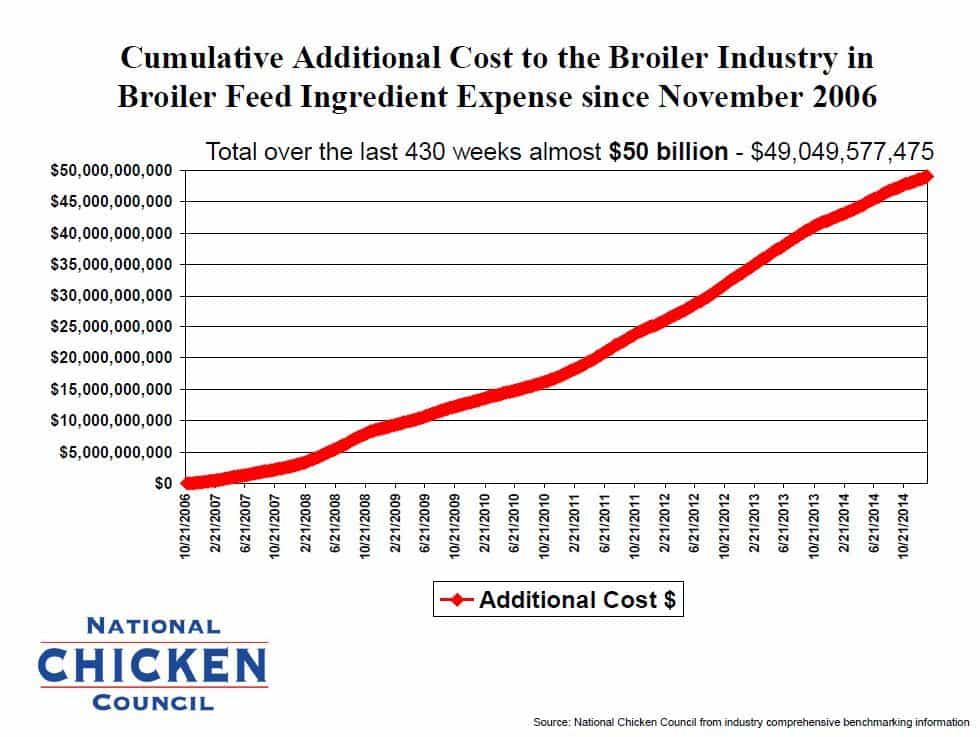